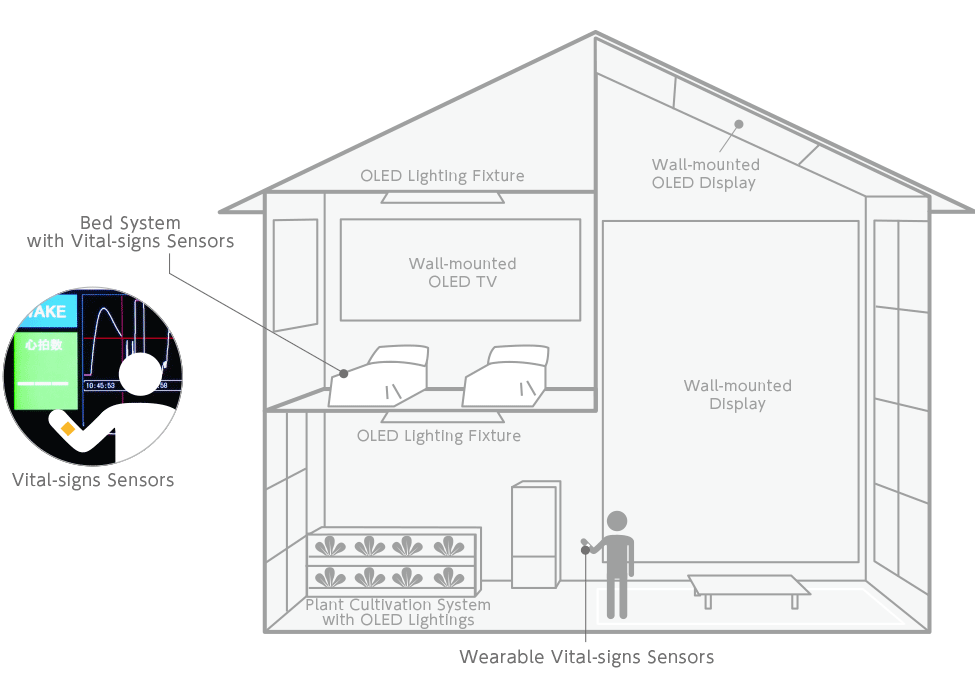 Therefore, an organic transistor is used as the drive circuit for flexible OLED display and integrated circuit. 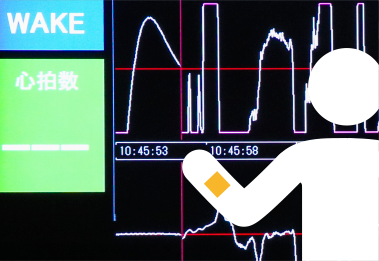 With the increasing prominence of the Internet, Internet of Things (IoT) technology has become of greater interest to society. IoT connects devices in living spaces and allows for applications to be performed in these spaces even when their occupants are not around. The IoT era will require a large number of different sensors. Organic sensors can be used to sense many different things, such as temperature and pressure, and they can be used in biosensors. Organic transistors can be used for these sensors by combining with functional materials that react to temperature, pressure, and physiologically active substances.

They can also be used in biological sensors that constantly monitor a person’s health; such applications are expected to greatly increase in the near future.

In particular, biological sensors that can constantly monitor the state of health, sleep and so on in life is highly expected.